The Apache HTTP Server is an interactive tool that helps in maintaining and developing the open source and HTTP server for most of the advanced OS such as Windows NT, Unix, etc. Now the major goal of this particular project is that it helps in giving an efficient, extensible, secured server which is capable of giving a good HTTP service and synchronizes it with most of the current standards HTTP.

As per the developers, this version is the latest one and the new generation one. It shows the fifteen years of work and development that developers have invested. In addition, this latest version is bug free and has an extensive security blanket. Also, this Apache HTTP Server has released the major version which is considered as one of the best and has got extensive features. 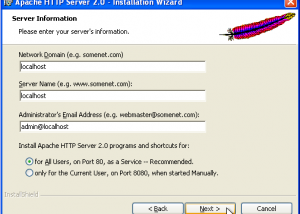 What do you think about Apache HTTP Server?