The ExtraPuTTY is a command line and a command oriented software, which is provided for the SSH and the Telnet servers to provide all the users with secured and authenticated Terminal and Telnet client services through commands. These command lines are mainly provided for the users to make use of several testing operations in the communication systems provided between the end to end users. All the network operated systems could be able to get the secure Shell SSH connections and communications.

This ExtraPuTTY is the open source software and integrated software of the popular PuTTY client, which helps the users to get several added features that include the session management, dll interfacing, and the most essential TestStand Integration with the secure and authenticated connections and with several remote links. This is a free software, which could be installed to get several functions for operating the Telnet and the SSH clients in a very easy way. With the help of simple session configuration interface, all the users could be able to get the initialization commands for the connections and for the provision of access.

After getting configured with simple modules, the users could be able to use several server and client protocol options that include, Target Name, Connection ID, Login and Password, Protocol and IP address, and Port Number. With all these options, all the users could make use of the secured access in getting connected to the remote users, and could get the terminal emulator screen to view the connected users and the number of data and information sent and received through encrypted protocols. This encrypted transfer could be decrypted automatically by the user through this ExtraPuTTY software. These transfer options will provide the successful secure communication for the achievement of Session Management features.

Now, with the help of the Connection ID, Commands, TimeCapture, DataRCV and Maxsize of the Data, all the interconnected users with the interconnected systems could be able to get the access to do a secure transfer of important data and information from one system to another without any ease. Also here all the users are given with an authority to provide and to take access of closing and opening the command lines as per the desire of the user. The command lines used by the ExtraPuTTY, will help the Telnet and the SSH client to make more secure data transfers. 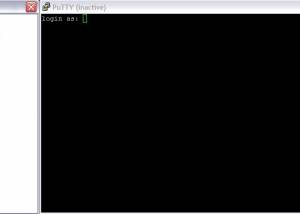 What do you think about ExtraPuTTY?