Google Earth is a virtual globe, map and geographical information viewing software. It enables users have access to and view satellite images, terrain, maps, outer space images and 3D buildings. It has a distinctive and unmatched database, where users can view extensive images and access information. Some of the features include worldwide satellite coverage. Google Earth enables users view images of places all over the world. Whereas some areas are clearer than others are, Google Earth continues to update their database, in order to give an accurate state of the earth. In addition, Google Earth gives access to historic images. This is a great way to see how places have changed and developed over time.

Google Earth is not just about the surface, users can dive into the waters and view images of the seas like never before. Users can view shipwrecks and have access to exclusive content. Whether is on the hills, valleys, cities or oceans, Google Earth has a wealth of information to cater for different needs.

Another great feature with Google Earth is the outer world experience. Users can jump straight into the moon, stars and night sky. This part of Google Earth is filled with a wealth of information and everything is clear and interactive. Users can take tours of landing sites in the cosmos. Apollo astronauts narrate this and they give a detailed account of the various places seen. Users can also have a 360-degree view of astronauts’ footprints and even zoom in. Google Earth enables users view models of land spacecrafts in 3D. Users have access to exclusive footage of Apollo missions.

Google Earth is accessible across various platforms and devices. It is compatible with Linux, Android, Windows, iOS and Mac operating systems. In addition, it can be accesses across a variety of devices including: iPad, iPhone, tablets and Android operated devices. Google Earth can be accessed directly on the desktop after downloading. Users can also access it directly from the web. 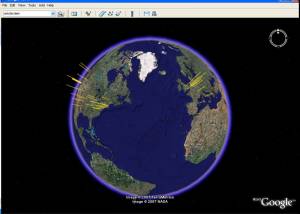 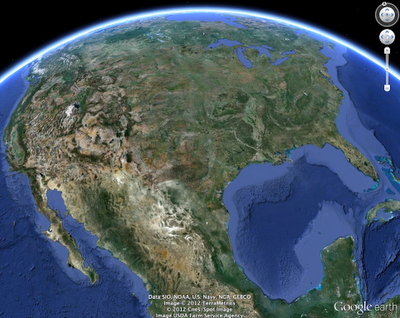 What do you think about Google Earth?