Line is a new generation Instant Messaging app that also houses social media elements like personal timelines, group chats and games, among others. It is a free app, although access to some features such as games, themes, stickers and calling people who are not Line users requires an in-app purchase.

You can add other users to your Line though shaking your smartphone, QR code or invites. Line offers the option of making your account official so that it’s only used for consumer media to individual users, or to promote a celebrity, product or brand. There are multiple Line versions including for PC, Android, and iOS.

Line offers unlimited free video calls for Line app users who also have the app installed in their portable gadgets, but calls made to landline users and mobile devices directly are charged. Although the app lacks the ability to video call, this app has become a popular VoIP with more people using it as an alternative to Facebook or WhatsApp.

Line has a neat user interface, which is another attraction to it. Among the items featured on the interface include emoticons and stickers which are all popular cartoon characters. Unfortunately, you have to purchase most of these but they are fun so the money is worth it in the end.

This App also has the ability to share multimedia files between the app users. Files that you can send include pictures, video files and recorded voice files. Video and voice files can actually be sent instantly after their recording.

The home page of App is designed in an almost similar manner with Twitter and Facebook. It allows you to add a timeline, your friends can comment on your addition and you can group message up to 100 people simultaneously.

Perhaps the most interesting feature of App is the flexibility that allows it to shrink all your chat windows to a tiny space which can hover at the top of your screens so you continue with other tasks. This makes it portable and easy to walk around with. 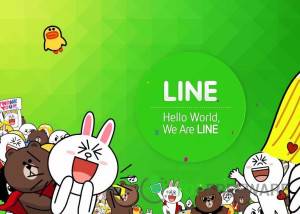 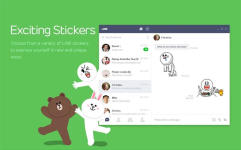 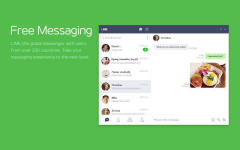 What do you think about LINE?