MusicBee is a software that manages and plays music on the windows platform. It is a simple but powerful and very fast software to use. MusicBee is the best music management program as it more than music playback. This player was developed by Steven Mayall and it is among the most popular music management software as it was listed among “Top 20 of Programs that Ghacks Cannot Live Without” according to ghacks.net.

Apart from playing the most popular formats of music, it also supports CD-ripping, music conversions, automatic playlists, podcast support, audiobook and many more. It has the most beautiful skins in music management programs with a wide range of skins to choose from with an additional property of downloading more skins from the add-on section. Skins are useful in personalizing and customizing MusicBee to your liking.

MusicBee has the ability of syncing with other devices in use. The program supports podcast and playlist syncing as well as audio books with a two-way syncing method. Formats can be synced with the media player and you can also sync android or windows phone devices.

MusicBee is available as setup or as a portable version. Import dialog is shown when it is started in order to get all kinds of music recognized by the media player. MusicBee supports imports from iTunes and windows media library and also scans multiple local files. Import is fast, music opens once the import is done and you also get an orderly list when the files imported are well organized. The orderly list might be sorted by genres, albums, artists, etc. or else it end up with a messed up list if the file imported was not organized.

MusicBee is the most preferred media player by Windows users for its immense features. The developers concentrated on the software so much that it is hard to find any media player out there that can outplay MusicBee. It is highly rated and most reviewed music software from its users with next to zero complains. Some users describe MusicBee as the best music management program for Windows users with multiple features and properties, as it can perform several functions that other music management software cannot do. 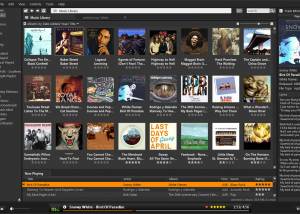 What do you think about MusicBee?