NSIS is a free professional open source software for Windows. It lets users create Windows installers for other programs. NSIS stands for Nullsoft Scriptable Install System, which summarizes what this software can do. Developed by Nullsoft, the company behind the well-known media player Winamp, this software makes the creation of installers an easy and guided task. For app developers, NSIS can help create that desirable “first impression” that users will have with their software.

Among NSIS’s features, it includes the ability to install, uninstall, configure settings, and extract files. Being script-based, NSIS allows you to create simple and complex programs, all based on your expertise with code. The application does not add more weight to the installers that you create, unlike existing installer creators which can add hundreds of kilobytes to the installer. NSIS boasts carrying an overhead size of only 34 kilobytes. The installer works with several versions of Windows.

From the installer, you can configure all steps of the installation. You will have the option to utilize a classic or modern wizard interface, and have full customization from background colors to button styles. You can also make your installer support multiple languages, choosing from 40 translations which include Arabic and Hebrew. You can also add your own translations for a fully customized feel. You are also given the option to add a license agreement at the beginning of the install process, which is part of standard protocol anyway.

Some installers are based on files and registry keys, but NSIS draws its installation from script language. This enables users to form codes that can perform commands of greater extent. Some features that users can create from script are custom logic, upgrades, and version checks. Plug-ins are designed to communicate with the installer. These can be created through coding software like C, C++ and Delphi, and can be compressed into the installer. NSIS will not have issues translating your code. It has its own virtual machine (VM) that can support shortcut creation, executable execution, error checking, and reboot support. 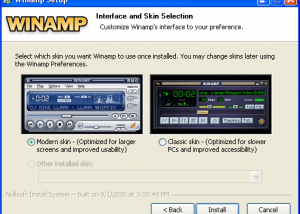 What do you think about NSIS (Nullsoft Scriptable Install System)?