Dr. Stuart Ferguson created the brilliant program called OpenFX and released the source code to the public in 1999. It created a revolution in the animation and rendering industry, as it even now facilitates particle animation. OpenFX contains extremely polished functional capabilities in the field of graphics and animation. It has made it possible for character animation and skinning. Users do it by enhancing a character and giving weight to each bone.

The OpenFX includes a ray trace engine and full renderer.  In addition, it features morphing; NURBS support and a broad plug in API. This tool has excellent plug in capabilities, which bring out image post-processor effects. These effects include lens flare as well as fog and depth of the field. These effects give a very real and stable look to the animation. This software is so versatile because it makes animations such as waves and explosions look amazing. Other crucial image post-processor effects include blurring. This is where the screen is blurred to simulate motion blur. Depth of field brings out the photographic depth of field. The filter changes the color of the pixels after complete rendering. The lens flare facilitates brining out effects of lights flaring from a camera. The fog and haze feature brings out these two effects brilliantly.

To add glow to any pixel and key color, the glow effect is the one for this job. To make light effects better, the halo effects adds halo around lights, whereas hilite highlights lights. Simulating appearance of a laser beam has never been easier, thanks to the laser effect. One can generate a scrolling starfield, with the help of the starfield effect. A star going supernova is not something difficult to do, thanks to the supernova effect. In addition, OpenFX has two exceptional image processors. The first one is fireballs, this plug in gives the user the capability to generate fireballs and explosions. The appearance changes over a number of frames and is brilliant when used in image effects. The atmospherics plug in allows users create atmospheric effects like volumetric lighting, fog and shadowing, with the help of a various configuration options.

Physical effects are very important in any animation. This is why OpenFX has brilliant features, to make physical effects look real. The build effects essentially build a model over a number of frames. The build to effects brings everything to life with a face-by-face model builder. The dissolve effect enables users to dissolve a model gradually, until it becomes transparent. The explode effect is very interesting. It makes a model explode, but not just that, it decides whether the pieces should tumble or not and even if, the pieces should fall under gravity. The fall effect determines the fall and the elasticity of the fall. The flap, module all have to do with the movement of the model. The shake effect makes the model shake from top to bottom. The spring effect makes the model compress inwards and lob itself at a high speed. The twist effect makes the actors costume twist and untwist along a specified path. 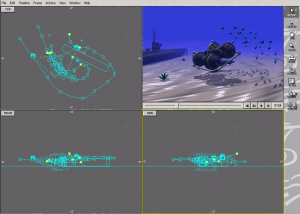 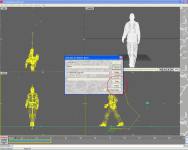 What do you think about OpenFX?