At first glance, it is very easy to assume that PotPLayer is just a mere media player app. But a keen look into what it can do reveals quite a lot. This app has plenty of functionalities that make it one of the most robust apps. It includes inbuilt optimization and video editing tools, screen recording and support for latest media formats.

From the same builders of KMPlayer, PotPlayer comes with incredible features similar to the former, it can play just any media format you can imagine. It also optimizes the media depending on your output device. The user interface is simply much straightforward, with those who have experience with other media players finding it even much simpler to use. New users will also find virtually everything pretty simple too.

The UI has a sleek attractive design that mimics the simplicity of iOS interfaces.  It also has effects and filters to give your clips an even better look. If bored with the dark default skin, there are plenty of other reskins which can be downloaded to give the app a look closer to the heart!

When it comes to user experience, it’s easy to judge it by its appearance. But the truth is, PotPlayer has every feature of an advanced media player you can ever need to enjoy music or video. The screen recording feature comes bundled with the live video stream support. It is also an excellent TV receiver, which can be used to stream live shows as well as record them. It also bestows the user with the power to edit videos. As a video editor, users can trim sections of a video and perform much more editing stuffs too.

PotPlayer is a robust media app that can handle files, whether stored online or locally. Files stored on FTP servers or available through URL can be stream seamlessly. It also supports DVD, digital TV as well as Blu-Ray formats. All these come with a playback optimization to suit the type of output device.

PotPlayer also allows download and syncing of subtitles. These can also be added manually and be customized as per your preferences. It gives the user all the power to do as they please!

What we loved most about it, is its video editor capability to sharpen or blur an image, rotate, mirror or adjust levels, reduce noise and warp to give the clips the best possible look. 360 degree together with 3D video support are also available. These features come in handy for 3D video lovers who love to be part of the action! 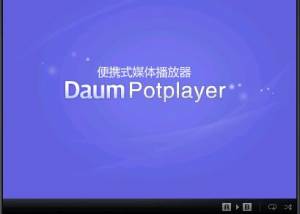 What do you think about PotPlayer?