ProgDVB 64-bit is an ultimate software which allows the user to watch Satellite TV and heed Radio channels for free on a PC. These can be directly streamed from a satellite and the accessories you will be requiring are a SAT-dish, an x-64 based PC, and a hardware decoder aided DVB-PCI card. ProgDVB is made to stream network broadcasted media and it is also capable to record Video or Audio streaming to a distinctive digital-media structure.

ProgTV and ProgDVB are 2 separate user interfaces which can be accessed through a single folder and they both have different settings, channels, etc. The interface ProgTV can be accessed by remote control (HTPC) and ProgDVB, which has more number of functions is intended to be accessed with a mouse. Hence, it is very easy and convenient to use these interfaces.

ProgDVB lets you watch High Definition TV including H.264/AVC and it also gives you the freedom to simultaneously playback/record various channels from different device(s). The PIP (picture-in-picture) function lets you view multiple channels/videos on a single display. With Mosaic fast feature, you can preview channels very fast and along with the DVB, ATSC and ISDB-T devices, it also supports CAM and DISEqC.

The various audio formats such as AC3, MPEG, AAC, etc. are supported and it boasts time shifting function using RAM or limitless disk buffer. Some other major features of ProgDVB are 10-band equalizer, Radio and TV recording, and playback of disk based files.

It gives you the option to enable subtitles (image based, teletext or closed caption) on any channel of your choice. The interface of ProgDVB is completely user friendly and the support for local languages is also provided. Like 32-bit version, this 64-bit version also has different skins for GUI and OSD. 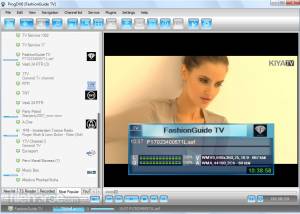 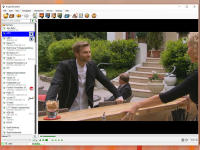 What do you think about ProgDVB (64 bit)?