RogueKiller is capable of detecting and deleting generic threats, as well as advanced malware, including rootkits and worms. It can also detect PUPs like adware as well as undesired system configurations or corruptions.

RogueKiller has three versions – Free, Personal, and Technician. We will mostly examine the free version, but we will quickly touch upon the other versions‘ features as well.

Featuring a deep and aggressive scanner, RogueKiller is probably not among the fastest antimalware programs. But it is not a bad thing because deep scan allows for more thorough examination of the computer’s files. Along with frequently updated malware database, the generic detections and classic signature-based antimalware analysis make RogueKiller a highly efficient antimalware software.

RogueKiller should run on most computers that have Windows XP, Vista, 7, 8, or 10 installed. Either 32- and 64-bit versions are supported.

The paid versions of RogueKiller offer quite a bit more, although the usefulness of some of their features for individuals is questionable. For example, why would you want to replace RogueKiller‘s logo with your own if you are not a company? And speaking of companies, the premium plans are probably more suitable for businesses because of the features like custom plans and inbuilt admin tools.

The last two features are only available for the Technician plan.

Should you get a paid plan for RogueKiller? If you don’t mind updating the software manually or not being able to customize the scan, the Free plan should be enough. Otherwise, you should go no further than the Personal plan because the benefits of the Technician are of no use for individuals. 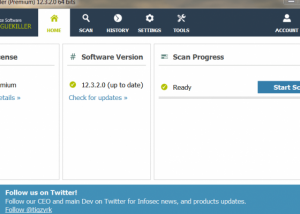 What do you think about RogueKiller?