Benchmarking can be done for a variety of reasons. Some computer enthusiasts pursue new benchmark score records while others test their computers to manage their condition. Regardless of your goals, such software as SiSoftware Sandra Lite can really come in handy.

As you could have noticed, the benchmarks can help you with estimating the performance level of your computer in a variety of fields. You can also compare your computer’s components with their analogs to see how they perform, which could help you with discovering unusual deviations from the expected level of performance.

Another nice feature of SiSoftware Sandra Lite is that it provides you with detailed data on your system configuration after an initial analysis. Overall, it provides thorough info on your physical disks, motherboard components, generic hardware, and peripherals. Besides, apart from your computer, SiSoftware Sandra Lite allows you to remotely connect to another PC or read data from ADO/ODBC databases as well as from a file located on your storage device.

All in all, SiSoftware Sandra is one of the oldest computer diagnostics tools, and it is quite popular in its field as well. In fact, it is a much better choice for home use than, for example, AIDA64, which, apart from simply not having a free version, doesn’t have remote features unless you get the AIDA64 Business for over $100. 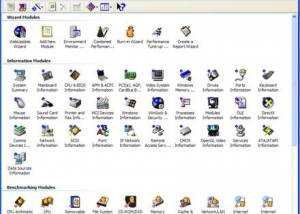 What do you think about SiSoftware Sandra Lite?