Spotify is  the most popular name in online music delivery system, one of the best superseding the likes of Napster, MySpace Music and others. Started in October 2008 by Swedish startup Spotify AB now provides service to approximately 10 million users.

With the advent of cloud computing, almost everything started to fly into the virtual cloud. Spotify also relies on cloud for delivering their services. Spotify acts as an access point to millions of full-length songs. But there is a catch; the free users have to listen to random audio or video advertisement between songs. In their earlier days, Spotify had limits on how many songs you can skip. But since 2012, they decided to remove the restriction once for all. They have also removed the limit of 2 weeks, which was effecting users and asking them to upgrade to the any of the available premium subscription tier.

Initial release for US only, Spotify has succeeded to improve their home turf to Australia, South America and Eastern Europe. It now has a new look with new features and many more ways to explore music. Spotify has come a long way from where it started and is now becoming a complete music streaming solution.

The latest changes include a new ‘You Music’ section, a home for your playlist instead of complete mash up of favorite’s albums, bands, singles and songs. The new update also brought SpotifyConnect that is designed to take care of wireless music environment; giving the controls to users in much more flexible manner i.e. you can play your music from different sources.

The Spotify Connect is the new revolution in wireless music. Users do not want to get limited by location, they can be anywhere (of course need to be inside the wireless range) to connect to speakers without hassling, all the way along to plug the 3.5 mm jack in. There is a catch though, either your speakers support wireless or the speakers are connected with a mobile device running a Spotify app.

The catalogue contains an astounding 20 million+ track which beat everyone in current market with respect to the number of tracks it has hosted. Napster and Google Play do come close to it, but Spotify strong service and brand value takes it mile apart from its competitors.

Spotify keeps its catalogue fresh by securing exclusive rights of famous songs, bands or albums. For example, last year they secured exclusive rights to Led Zepplin, Metallica and Pink Floyd. Spotify features Desktop app, mobile app and a web player. The philosophy behind the working of spotify, as mentioned earlier, is to add your favorite’s song and play it with random ads after couple of songs.

The mobile app is available on almost all the major mobile devices like android, iphone, iOS etc. The mobile app also offers “offline sync”, which makes the deal even sweeter, when there is no available internet surrounding you. 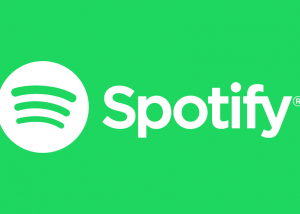 What do you think about Spotify?