Trout is an audio player software that is not widely known yet but it is well rated by the users. It is not popular when compared to its counterpart software, but it does mean that this software is not as advanced as the rest of highly rated audio player software widely known today. Trout comes with its own unique features, making it as effective as rest of the top rated media players.

Trout comes with an album printer feature which allows one to easily come up with a list of files or rather albums on the basis of the details provided in the audio file tags. All one has to do is come up with a folder of albums and the software creates a list that includes the album, artist, title, year, genre and length formats. This list can be printed through notepad or saved. The album printer supports a number of audio formats, including MP3, MP4, WV, FLAC, MPC, APE, WMA, M4A and M4B.

Trout also gives a summation of the total Playtime of an entire folder. One can select a folder of many files and drug it into the program and it will scan to show how long it will take to play the whole folder. This feature is also applicable to quite a number of folders that might be selected at once. Playtime is known for supporting all common audio and video files and can be subject to customization of the selected files only.

Trout’s File bucket feature gives room for multiple selections of files from different locations for giving a file explorer interface that one can use for browsing through hard drives available for collection of files and/or folders. Once the files have been selected, further options are given which include deleting the files, copying or moving them to new locations or even creating shortcuts for such files.

One of the highly rated features of Trout is Text 2 Folders used to create folders from a list of names. It is a small tool which lets one create several files from the name list and all one needs to do is load a text file with a number of folders that should be in it. It is quite effective if one wants to create dates, customer names and products among others.

With the listed and other features, such as video 2 MP3, tag 2 folders, anuran, dimensions 2 folders, weather and name list that are highly rated and popular among the users, Trout is really a good software that is recommended for all. 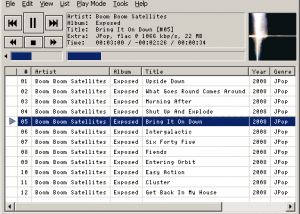 What do you think about Trout?