WhatsApp is the most preferred app for instant messaging in the whole world. With the help of WhatsApp, anyone can share multimedia files and instant messages for free, and the best thing is that the Android version of this app allows the user to carry out free and unlimited talking. This is an app which works nearly on all the models of smartphone and now, WhatsApp is also available to run on PC.

It made its presence on computer in 2015, and emerged as a separate desktop client of WhatsApp. WhatsApp for PC has the encryption similar to mobile app, which means the message sent by the user can only be seen by the recipient. The interface is intuitive and streamlined.

Most desktops have horizontal orientation. It makes most use of it and in the desktop app of WhatsApp, the contacts are listed on the left side and active conversation is on right side. There are separate menus for conversation actions and app settings. In this desktop version, all functions are similar to the mobile version except calls.

This app is free and can be easily set up. Similar to the mobile version, the desktop version of WhatsApp is also free and it can be installed and used within a minute. All it requires is opening of mobile app and integrating the desktop app; it requires scanning of QR code with the phone’s camera for identity verification.

This app respects privacy. The makers understand that the screen size of desktop is big and the messages might contain sensitive information, that’s why archived conversations are given an extra privacy layer and they are kept blurred. However, tapping on them will remove blur but the option of re-blurring is not present in it. 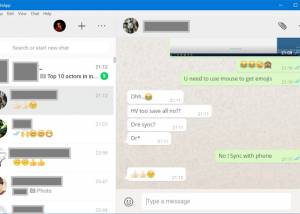 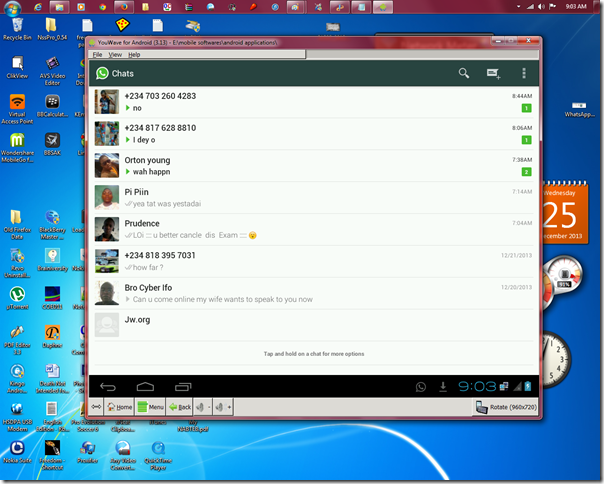 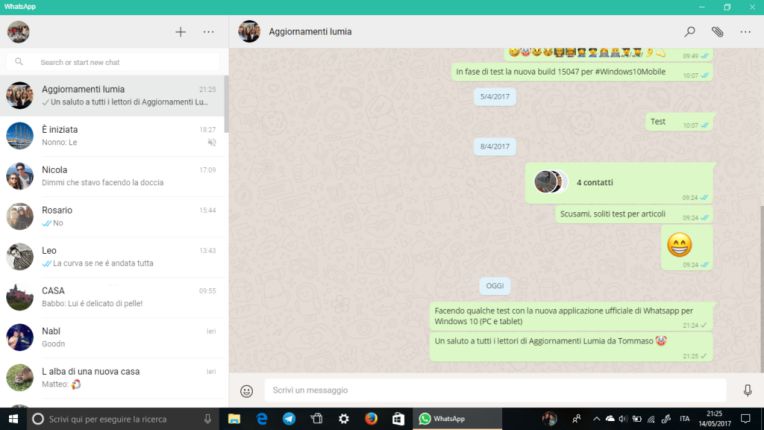 What do you think about WhatsApp for PC?

Last versions of WhatsApp for PC

Downloads of WhatsApp for PC freeware