WriteMonkey is software that was developed for purposes of streamlining the process of developing and generating a variety of documents. Quickly write notes, develop a short report, a collection of notes, screenwriting, a summary or any kind of document and save it in one of the supported file formats. You can also seamlessly edit and improve each of the texts you have entered on the software’s writing platform. It comes with a simple but highly useful and pretentiously attractive user interface.

WriteMonkey is simple and straight forward. It is software that has been developed for people who are just interested in writing. Even though it appears as if it has taken the user back to the 19th century, it is simply designed to enable users to focus on writing. Therefore, it is software for people who just want to write! It comes with a writing platform that takes over the entire screen with a few icons at the top.

The software enables users to open various password protected files using one of the plugins from the developer’s official website. Seamlessly add or remove a string of comments from texts you have selected or selected texts. Users can also use the software to come up with dummy texts as often as you wish. This is also achievable by means of one of the plugins available on the developer’s website.

From the outset, the writemonkey user interface appears empty; less comprehensive and lacking the many needed user icons. But, it actually has everything that the user needs. For example, it features a scratch pad, clock, word count, characters and bookmarks. All these icons can be accessed from the bottom of the writing platform. A single click on the area can reveal other icons specifically for your convenience.

Although Writemonkey does not a price, it is actually associated with plugins which are only accessible to verified donors. Individuals who make a donation to the developers get to receive a key which they can use to unlock a vast array of plugins. Major examples of plugins include Autoindent, corkboards and map jump. 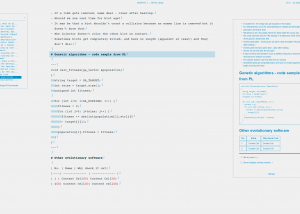 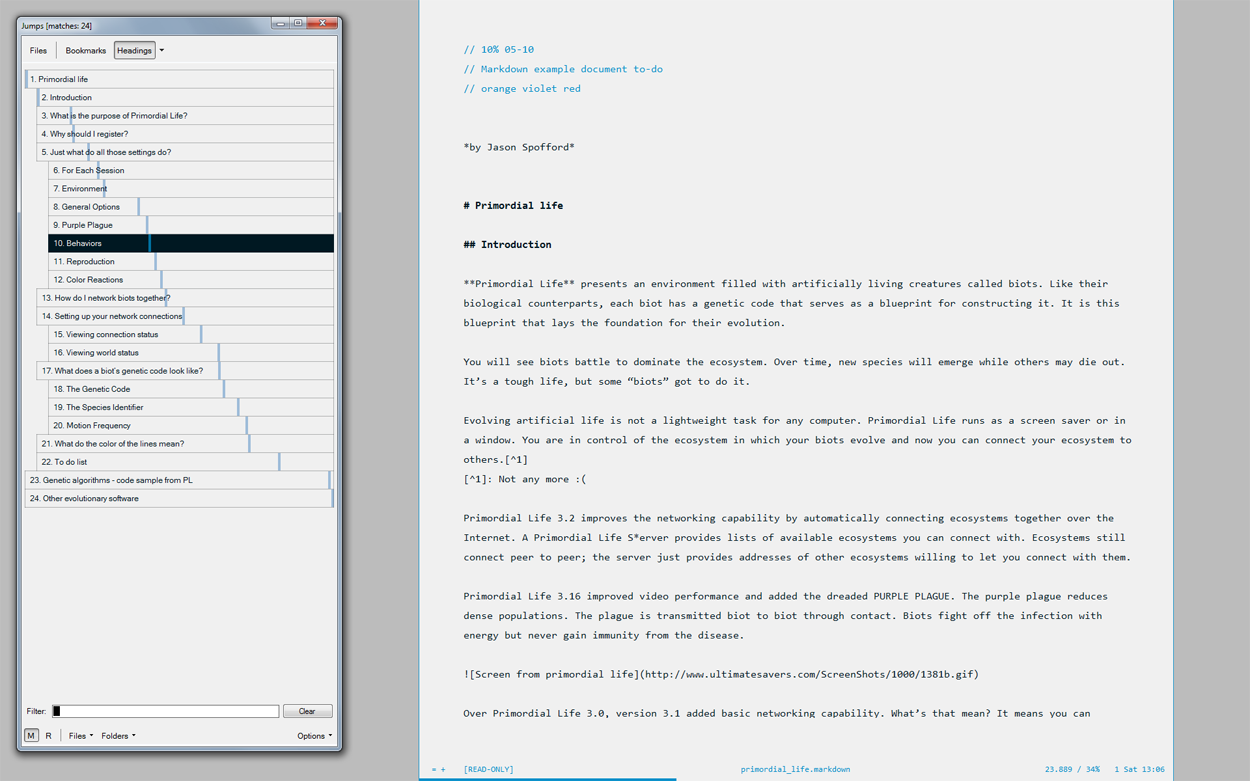 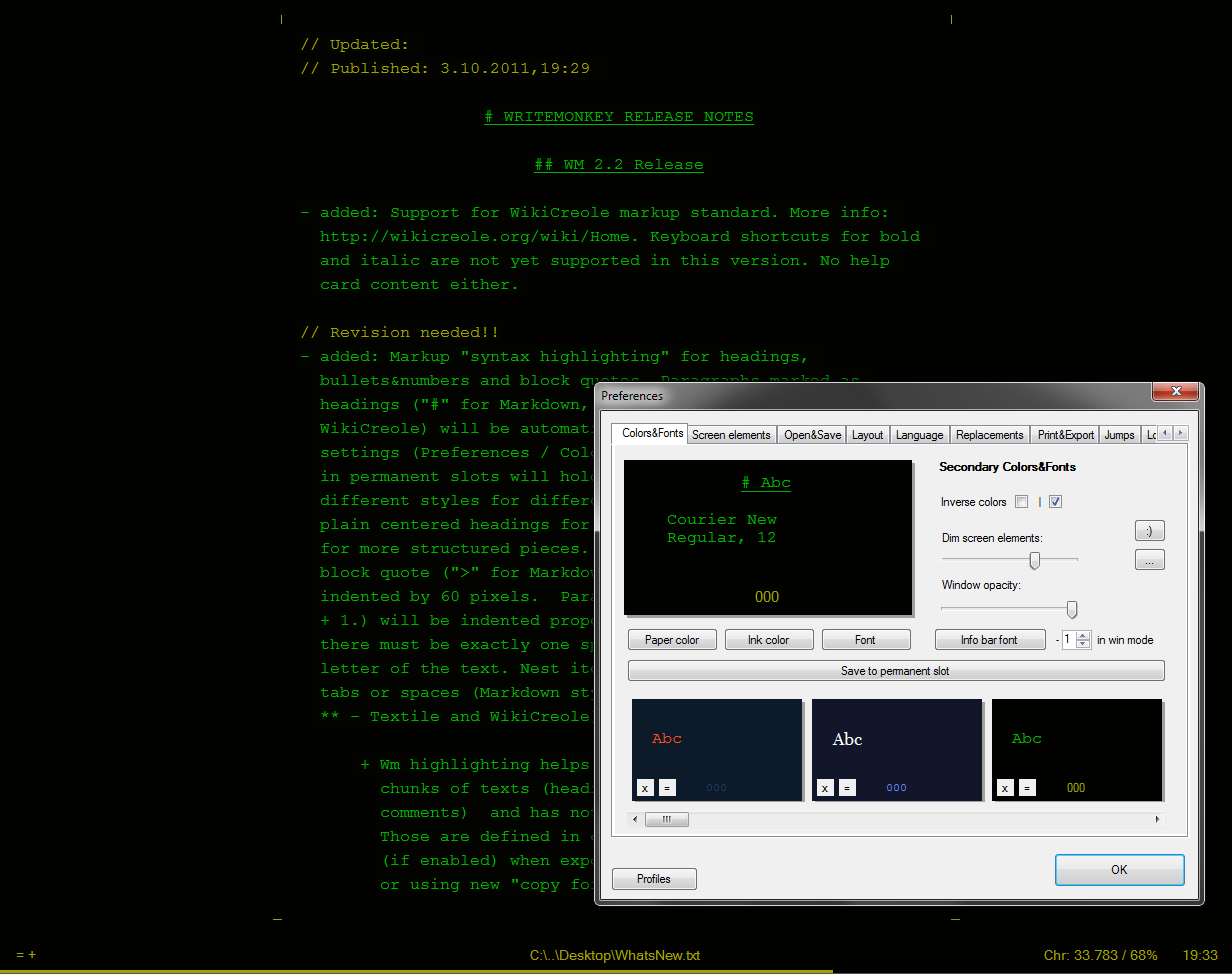 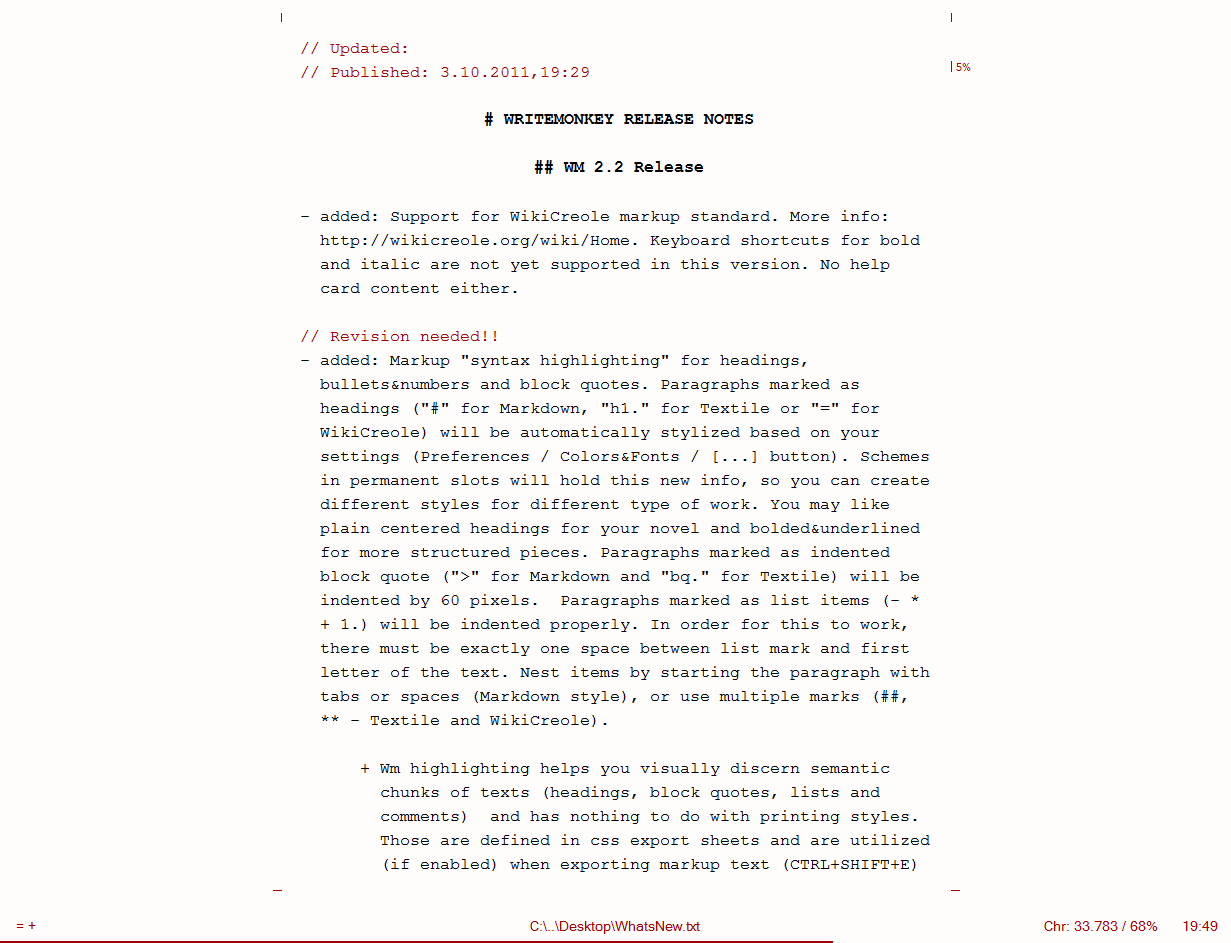 What do you think about WriteMonkey?