Xmedia Recode by Sebastin Dorfler is a freeware video converter, ripper and recoder tool to perform all your multimedia editing tasks. A good quality high performing software, the Xmedia Recode makes the users to edit video, make direct copy from streaming sources, import subtitles, create chapters, and convert to different formats and so on. It is one of its kind software program that users should have in their computers.

To describe few of its acclaimed features the Xmedia Recode meets all the users’ requirements of video editing. This starts from rotating images, flipping them, denoising the audio, delogo the watermarks, deblocking etc. Users can also correct the colors, adjust the sharpness, and fix the start and ending time. The tool have more customization and editing options like the adding effects, transition, mix, resolution and fading properties.

Apart from the single aspects of video or audio editing, the Xmedia Recode supports sourcing video or audio files from streaming websites. The program lets the users to save content from such sources into different formats. Users of the program can also import subtitles. The tool has the option of importing more nearly 32 subtitle tracks at a time.

Xmedia Recode’s other functional and capability features include automated chapter title creation. It supports file formats and file extensions that run and play on all electronic devices which is rare in most of other freeware tools. Whether you are watching movies or listening to songs on your computer, iPad, iPhone, iPod, smart phones, etc; the software will ensure best quality output for the device. Since it delivers for most players on different devices and operating systems, it is the most comprehensively performing freeware multimedia tool to have.

The software supports and can generate wider array of formats for video and audio – individually and altogether. 3GPP, MKV, FLV, PSP, RM etc are a few to name among such formats besides the contemporary file extensions. It ensures zero quality loss and is capable to process conversion with good speed. 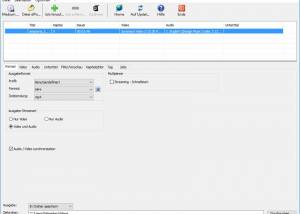 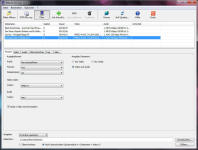 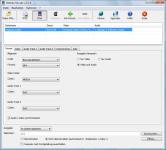 What do you think about XMedia Recode?

... many basic and advanced options to improve your encodes. Supported Sources: * Any DVD-like source: VIDEO_TS folder, DVD image or real DVD (unencrypted--protection methods including CSS are not ...