Abyss Web Server is a compact web based server which is easily available in various OS like Linux, Windows, Mac OS X, etc.  This server does not use a lot of memory space or excessive computing system to function, thereby making it quite easy to use with any out-dated or small systems. It has great performance, making it a stiff competitor among other web based servers available in the market.

This web server is available in both 64-bit and 32-bit platforms. It features a native sixty four bit edition which gives maximum performance on any latest system. Even the installation package contains both the 64 bit and 32 bit editions. In addition, it is quite easy to install this web management interface. There is an inbuilt interface which makes the web configuration as simple as surfing the site.

So, one does not need to make any edition to the configuration files, as the console present in this system sets up the basic server parameters and that too in an easy and effortless manner. This can be easily accessible from any remote or local computer. Plus, you can get it in various languages like Arabic, English, Spanish, French, etc.

This web based server is based on Anti-Crash Protection Extention (APX) architecture. This particular architecture was created in order to ensure that the server was crash resistant. Now in case if the softaware does any critical error or crash, then automatically a report will be generated and then the server will be restarted. Most of the time, the downtime for this is less than one second.

Another important feature of the Abyss Web Server is security. Besides the advanced URL decoding engines whose major aim is to reject all kinds of suspicious and malicious request, this server even provides a top of market anti-hacking system that has the extreme feature of analyzing and finding out any kind of early hacking attempts or even in case there is a denial of service attacks.

Even it would prevent and block the IP address from where the hacking is initiated. In addition, there are anti-leeching systems which would instantly detect and prevent other websites from accessing or linking the data and images of your website. The Abyss Web based server supports the most standard and common extended server slide include directories that are know to create good and dynamic HTML pages.

The HTML pages are created with less efforts and without using any kind of scripting language. Even advanced directories such as #elif, #set, #if, etc are present in order to enable the easy flow of control and the variable settings.

Another interesting feature of Abyss Web Server based system is that it can support the automatic compression of the given responses as its dialogs with the current and modern browser is able to know the HTTP compressions. This will result in the extensive reduction of the consumption of bandwith and would make the website load much faster for most of the users.

The Abyss Web Server can support any file names and URLS which are programmed in all kinds of human language. Even, it supports the declaration and usage of International Domain Name (IDN) with non-latin and diacritics scripts. In addition, the given web server can support the ASP.NET 1.1 and the 64-bit and 32-bit editions of the ASP.NET 3.5, 4.5 on Windows OS like XP, 2000, Vista, 2003, 2008, etc. Even you can install the ASP.NET apps and ASPX files.

You can host the Perl, PHP and the classic ASP scrip with this web server. The Abyss Web Server is extensively created to ensure that the scripts are simple to use even on the Windows platform. Those languages, whose interpreters are like FastCGI compatible like PHP, will have extensive processing speed that makes Abyss Web Server the best one in reducing the system load.

One of the greatest feature of this server system is that it supports web application systmes like Jetty and Tomcat. Do you know that this server can even act like a reverse proxy to give a content transparency from other web based server?  Do you know that the Abyss Web based server can run on Web app that is based on Ruby on Rails framework? In addition, it makes their execution speed quite optimal thanks to the usage of the interface called FastCGI. 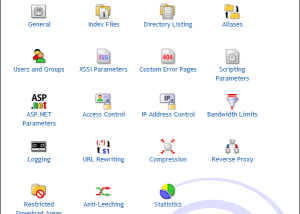 What do you think about Abyss Web Server X1?